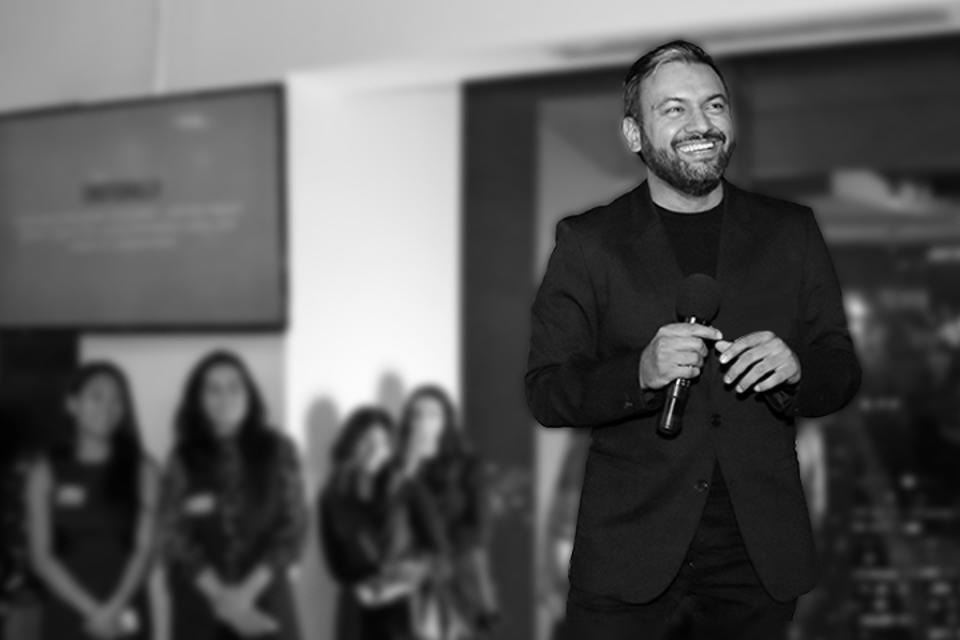 Marketing is about to experience a paradigm shift from proxies for buyer intent like ad engagement or search results, to an outcomes-based model based on mobile location data.  So says D Sharma, founder and CEO of innovative mobile data and services company xAd.

With a view of the future of marketing and location technology as seemingly limitless as the horizon from xAd’s headquarters from the 60th floor of One World Tower in New York City, Sharma leads the fast-growing, 400+ employee company, backed by over $116 million in venture funding from Eminence Capital, Institutional Venture Partners (IVP), Softbank Capital, Palisades Growth Capital, W Capital, Silicon Valley Bank and in November took a strategic investment from Microsoft Ventures.

The company also recently acquired WeatherBug’s mobile and web properties, to further strengthen its mobile footprint and to enhance its mobile data capabilities. According to Statista, mobile advertising alone is expected to reach $143 billion in spending worldwide this year, but Sharma and his xAd team have visions on an even bigger prize: “We’re trying to get in and disrupt the $4.4 trillion dollar space for offline purchases,” says Sharma. How?

“My mission in this company is to create location as a category. We’re tackling a much bigger space than anybody else. And without location there is no way to say you went in and you actively engaged at a specific time and place. We’re bringing a person from their digital device – mobile – to an offline experience. Disrupting a $4.4 trillion dollar business is all I want to do for the rest of my life. I don’t want to do anything else,” laughs Sharma. “The phone is in our pocket. But it’s capturing really amazing stories about our lives.”

The company has been fast at work over the past year to bring forth its “Blueprints” offering, a proprietary platform that automates geo-boundaries for the exact location for key points of interest, like a specific retail location for example. Armed with this data, xAd can deduce real-world behaviors that lead to deep customer insights.  Sharma even set off the Blueprint initiative as a separate division within xAd to devote the resources and skills required to build and enhance the technology. 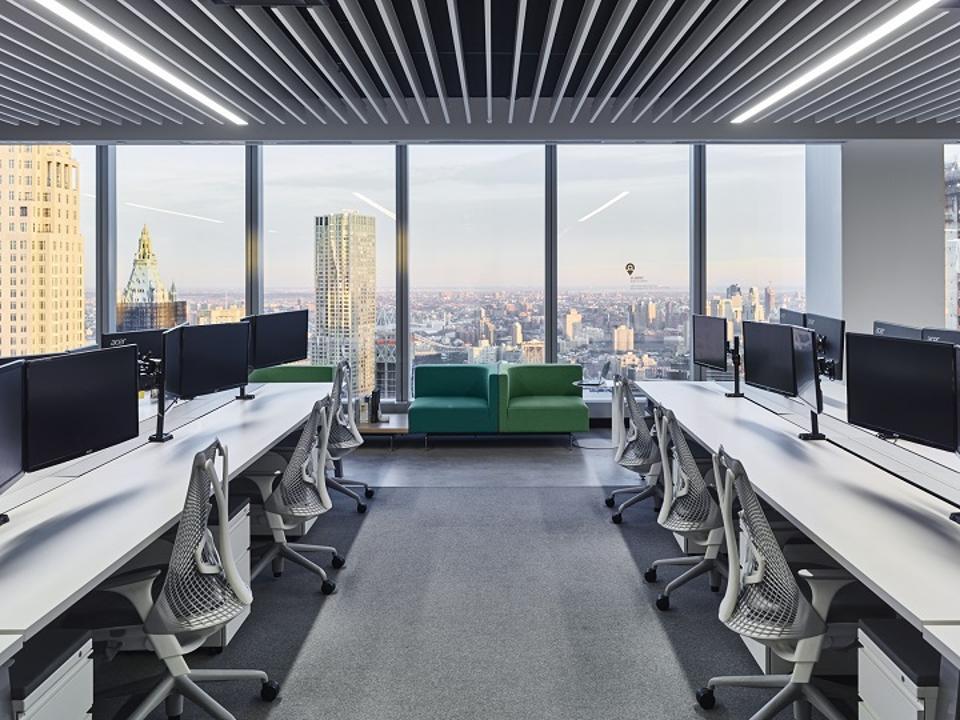 View from xAd headquarters offices at One World Tower. Design by: Design Republic

The online advertising sales conversion funnel is a relatively straight-line, if crude, measurement tool. Customers click on a search term or online ad and marketers measure the percent of traffic that converts to an online sale. However, offline conversion is difficult to influence and measure. “We’ve been doing this for eight years now. And what we’re now focusing on is to remove the friction at the measurement part of the business. We’ll give you the guaranteed visit if you want to pay us on a cost per visit basis,” says Sharma.  The company recently launched its platform for delivering its cost per visit service with the Home Depot and Applebee’s as exclusive launch partners and will eventually introduce a self-service version of the platform for small and medium sized businesses that will enable businesses of all sizes to buy guaranteed foot traffic to their retail location.

While Sharma is now poised to massively scale the business, he’s been at it for some time. “Back in 2009 when we started this company location wasn’t a commodity. We came up with this algorithm called secondary action rate: so primary click on location, secondary action is the landing page, and all location specific. Our algorithm performed far better than Google’s in terms of monetizing, advertising, for location search providers. Now it was a great ride: 2009, 2010, and 2011 we grew like 300 percent every year,” says Sharma.

Sharma’s journey to leading a high-growth business run from offices with sweeping vistas of the New York City harbor in one of the most iconic buildings in the world starts from modest means in New Delhi, India.

“I was born in a middle-class family. And what’s interesting is we didn’t have any entrepreneurs in the family or distant family. At the time India was socialist economy. There was no privatization. And the dream for my family for me was to have a great government job that’s stable, pays every month, and I have a retirement and a nice pension.”  Toward that goal, he graduated from DAVV University with a MS in Computer Science, which led to an internship for Nokia and the chance to move to Finland and the Helsinki University of Technology.  “I just fell in love with Helsinki. I thought it was so innovative. The culture was amazing in Finland and at Nokia, very welcoming. And for me growing up in India it was a huge change from going from a very conservative culture to an extremely progressive one.”

Growing up in India, he didn’t even know the word “entrepreneur,” yet he always wanted to start companies. A few of my friends and I were pushing hard to give free internet away – like NetZero back in the day. And we were trying to convince Coca Cola and Pepsi to sponsor us. We had modems lined up and we said hey we’ll just have you sponsor and we’ll give it away for free. Then Nokia called me to Finland so I moved. But I had a lot of these business plans that I kept working on. And I basically was convinced that I was going to be an entrepreneur,” says Sharma.

While in Finland he wrote some 20 patents for Nokia as he thought invention was the road to starting a business. But he came to find out that inventions and business are two very different processes. “I realized that to really get financing and have an entrepreneurial environment I needed to be in America. I moved to San Diego which was the mecca of mobile and telco at the time. Nokia had a big office there where I spent three months before I started my first company which was speech recognition. That’s how I first became an entrepreneur,” says Sharma

“I remember when I quit Nokia and I started my first company. My mom was like, ‘Are you serious? You want to leave your stable job that pays you this really good money?’ Yeah so it’s been night and day from when I grew up in New Delhi to living in Europe for many years and then here.”

“The funny thing was it was so easy to raise money in the U.S. versus in Europe. I remember I was 21 years old and I showed a business plan that called for $1 billion in revenue in 5 years which is completely flawed. But the investors were not even taking my meetings. They were asking for collateral to give me financing.  Then I came to the US. Within three months I had $225,000.00 from angels confirmed.  I’ve raised some $150 million over the course of my career but you know I’ve learned a lot of important lessons along the way. And I don’t think you can do it anywhere else than America,” says Sharma.

How did the idea for xAd come along?  Sharma was in San Francisco and searched for pizza on Google. And the first ad he saw was for a pizza box company, because the way page rank worked at the time. “They didn’t take location into account. So the local pizza guys were missing. I knew there was something wrong in this algorithm. We’ve got to take location first. That was the genesis of our search products and business.”

Sharma has evolved the business from its focus on mobile search to today’s emergence of an outcomes-based business platform using location as the locus for determining behavioral change to take the guesswork out of which marketing tactic leads directly to foot traffic.

“We’ve launched with several clients that are running right now. And for fast food it’s a game changer. So the competition changes from questions on what does your technology do, and the whole ad tech black box ecosystem, which is complicated and it’s actually not solving the offline visitation behavior–to a simple question of how many customers do you need and at what price? What is the ROI where the visit is valuable for you? I’m loving these conversations with CMOs now because they’ve actually never had this discussion before.” That’s a paradigm shift in advertising.

Where is xAd in the next two to five years? Certainly an IPO is in the cards should the markets comply.

“It’s just amazing to see how marketers can affect offline behavior using our technology. So I see that in a big way happening in the next few years as we make this simpler and more pervasive. And as soon as we have SMBs benefiting from it dramatically because they’re the ones that need this the most, the opportunities are even bigger. Advertising is complicated today. We’re trying to make it super simple.

View the entire article on Forbes.